The coroner wished it to be a suicide, and pronounced it so. On his word, Alan Turing’s apple went untested  for  cyanide. They say he applied to it to bring about his own, death, eating a poison apple like Snow White. Only Snow White didn’t die, nor was she persecuted for being gay.

In passing years, the legend of it would grow, at first to diminish him, then to recast Alan Turing as a martyr. Yet despite all he endured, he appear happy in his last days, left no note or indication he might intend to kill himself. An IUTT representative sent back to claim the apple failed to locate it. Another attempted to interview Dr. Turing to ascertain his state of mind, came back, and report he seemed well. But this teaches us nothing.

Spencer Fox (member Q42:HOP:7921)took the extra step of leaving Dr. Turing a note imploring him not to kill himself, but it had no effect on the outcome. It remains to be seen if the note went ignored, spurred the doctor on, or had no effect because his death was an accident. When Fox looped back again he entered the home, but was too late. This caused all sorts of trouble by spawning a new timeline in which Dr. Turing’s home was broken into on the night of his death, leading to all sorts of suspicion and a banning of Spencer Fox from the timeline — though not before he went back to the day before and flat our asked Dr. Turing if he planned on killing himself. Dr. Turing offered Fox a few pence and pointed him towards the nearest asylum.

If there is a takeaway here, its that you need to remember that one can only study history so closely before one interferes with it. 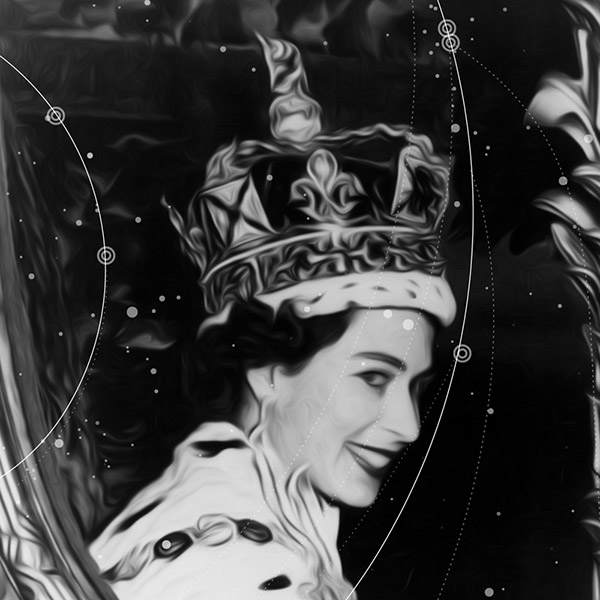 “You want a peek?” A young gentleman asked the question. He held out his binoculars. He was eager to share. It was a moment of pure joy for him, watching the new queen pass. I took them. I looked. The Queen’s gilt carriage had already passed far enough I could only see her hands. Still, I let out a whistle so my new friend would feel I’d been impressed. He quickly took the binoculars back and scrunched his eyes up as he tried to get another glimpse, but of course it was too late.

I told him I liked the bells. Bells were ringing everywhere. He said he liked them too.

I looped back and did it again, getting his attention sooner. The second time I saw the queen. She looked quietly pleased. I told my new friend I liked the queen’s hat and he went bananas.

“A hat? You call that a hat! It’s a crown you bloody lunatic! A sacred crown!” He yanked the binoculars from me and stewed as he tried to focus on her.

On my third and final loop, I called her crown “resplendent” and he smiled as though I told him he was going be crowned king of the world.

One of the most frustrating things about time travelers is that they can take credit for anything. They claim they nudge history along and in making these grand pronouncements, they diminish our heroes. Take, for example, Rosa Parks. White people just can’t can’t seem to let her have her credit.

She boarded that yellow bus without the help of any of you time travelers. None of you whispered in her ear to “stand up for herself.” Not in this timeline. When James Blake moved the sign behind her and lazily ordered her and the other “Negroes” to the back of the bus, her weariness after a long day transformed into a determined resolve that took on historic proportions.

When you claim, at a party, over cocktails, that you helped her along, that you nodded your approval or sat firm in your seat too, it makes you a fool and, frankly a bit of a racist, even if you think you’re helping — even if you only mean to express your awe. 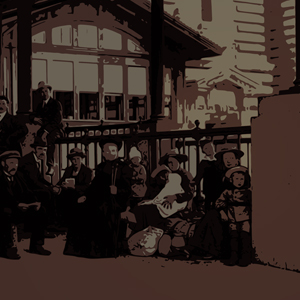 The smell is rank, even for 1910. No one has showered. The lucky ones had time to air on the decks and cut the smell with an odor of briny sea. A family have blotted themselves in cologne, not realizing that stink makes the line move faster. The immigration officers will linger over them in the relief of their perfumed cloud.

The mother, nearing the front, hisses in Greek at her son to stifle his coughs. She pinches his cheeks so he’ll look rosey. The boy growls to sooth his throat and she glares at him. “Are you an animal now?” He stops, but now he is thinking of what animal he will be.

He tells me this later, when I meet him in 1965. Though, to be clear, I meet him first and then loop back to Ellis island to see the small tiger.

On a recent visit to Valley Forge, a low funk wended its way over the snow and cut through the cold. “Firecake farts,” my companion whispered. He’d been here before. Firecakes were made from half burnt flour and water. It was all the troops had to eat. General Washington’s speech was something to behold. “But keep back from that breath,” I was warned.

All these little details, lost to history.

In 1654, a group of Brazilian Jews fleeing persecution in Brazil, booked passage on a ship to Amsterdam.  They were attacked by pirates, led by a brigand who was almost certainly not known as Old Silver Leg.

They were rescued, in a fashion, by Captain Jacques de la Motthe. The Captain agreed to  bring them to the nearby port of New Amsterdam, for price, suggesting one Amsterdam should be just as good as another. The other choice was to be set in the water to die. The captain sent word to the Governor, Pieter Stuyvesant, asking him allow the refugees to stay in New Amsterdam.

Stuyvesant, who was known as Old Silver Leg, was not a pirate, but he was a complete bastard. He responded by seizing what little the refugees possessed and imprisoned them as debtors either because they had no possessions and could not pay Jacques de la Motthe for their rescue.

Old Silver Leg, wanting to keep things in proper order, asked his bosses at the Dutch West India Company for permission to get rid of the Jews by way of this charming letter:

“The Jews who have arrived would nearly all like to remain here, but learning that they (with their customary usury and deceitful trading with the Christians) were very repugnant to the inferior magistrates, as also to the people having the most affection for you; the Deaconry also fearing that owing to their present indigence they might become a charge in the coming winter, we have, for the benefit of this weak and newly developing place and the land in general, deemed it useful to require them in a friendly way to depart, praying also most seriously in this connection, for ourselves as also for the general community of your worships, that the deceitful race — such hateful enemies and blasphemers of the name of Christ — be not allowed to further infect and trouble this new colony to the detraction of your worships and the dissatisfaction of your worships’ most affectionate subjects.”

It at this point in history that a number of members of the IUTT have taken it upon themselves to kidnap Old Silver Leg and bring him forward in time to present day New York. I agree: there is some small hilarity and justice to be witnessed, dropping him off in a Hasidic neighborhood, or letting him rant his way through Manhattan and tossed into jail for hate crimes or public urination. However, the IUTT frowns upon moving backwards thinkers forward in time. We are not ghosts from a Dickens Tale and you only spawn time-lines behind you.

Bringing Stuyvesant back to his place after such a trip yields no appreciable result. Old Silver Leg’s request is denied and the Jews are allowed to stay. Stuyvesant still responds by barring Jews from serving in the Volunteer Home Guard and then demanding they pay to have others serve in their place, because Old Silver Leg is a complete and tactically consistent ass.

Kidnapping Stuyvesant a second time also does no good and has, in some timelines, interfered with Asser Levy’s ability to put Stuyvesant’s childish and anti-semtetic policies down in court. It is important to recognize Pieter Stuyvesant’s problems stem from being small-minded and he can not understand that he is in the future when you bring him here.

Please do not bring him here.

If you wish to experiment with the timeline, the IUTT suggest you bring Asser Levy forward instead. He will be mostly pleased.

I’ve been hanging around in Bethlehem all day. Haven’t heard a word about any babies being born and the only manger I’ve seen is inexplicably full of eggs.